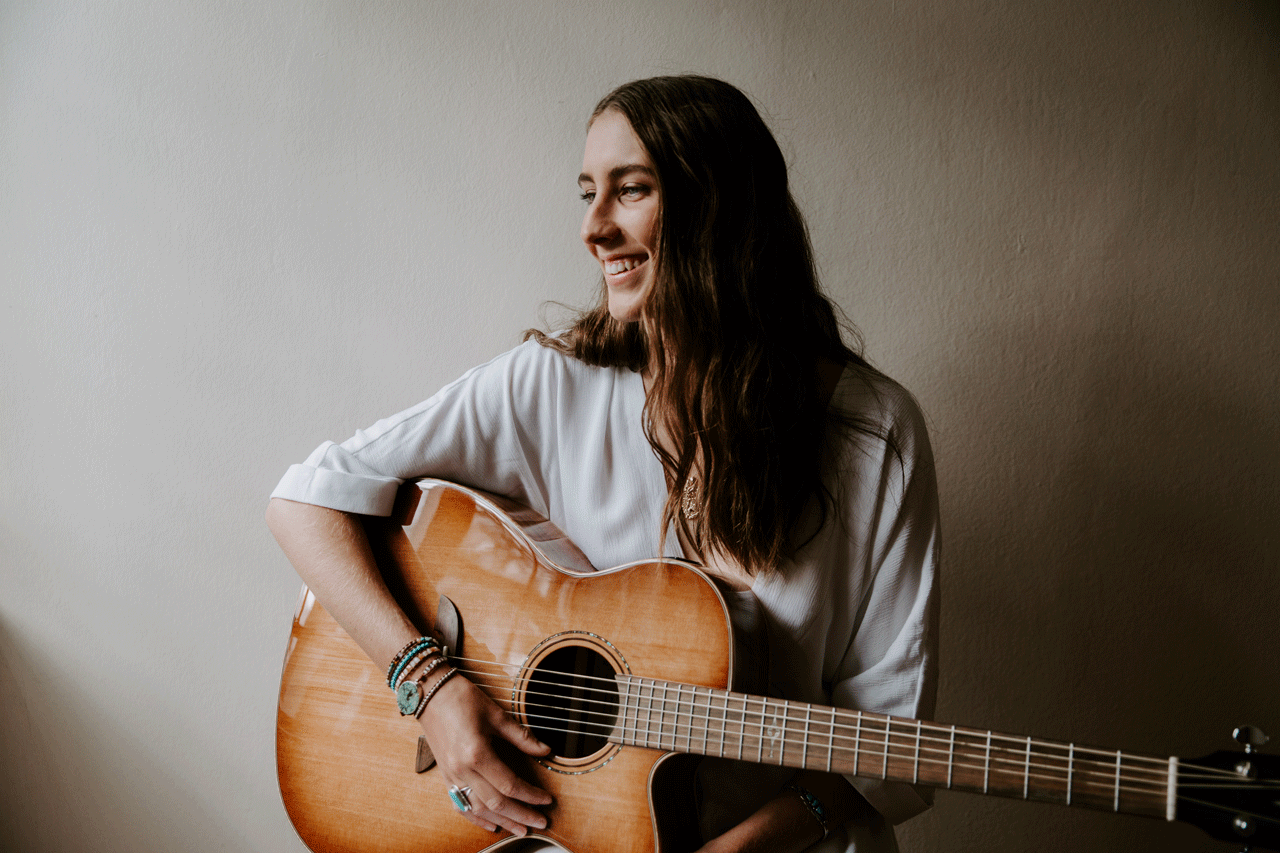 During his set at the Tamworth Country Music Festival in January Shane Nicholson – singer, songwriter, producer and a champion of emerging artists – invited a guest to the stage. Her name was Camille Trail, a young singer songwriter from Central Queensland, who’s debut album Shane had just produced.

One of the interesting things about Camille, Shane told the audience as his guest took to the stage, was that she’s the only person he’d ever worked with who paid for the recording of an album by selling a couple of bulls.

As much as that is true – Trail was born, raised and still lives and works on her family’s cattle farm west of Rockhampton – anyone in the audience expecting a singing cowgirl was in for a surprise.

Instead Camille, accompanied by Shane and his band, delivered a haunting and masterful rendition of the moody title track of Nicholson’s ARIA award winning album Hell Breaks Loose.

Camille nailed it, the audience loved it, and it tipped the scales into a recording agreement with Compass Bros Records – a stellar start to 2020 for the 21 year old singer songwriter from the cattle farm in Central Queensland.

Camille Trail was introduced to the joy of music at an early age. “Most mornings I’d wake up to music – Norah Jones, Bob Dylan, Kasey Chambers & Shane Nicholson and other great singer songwriters. Dad and I would dance in the kitchen while Mum cooked breakfast. I think that’s why I love music so much – plus I loved listening to my mum play piano accordion – it was my entire childhood really”.

She learned piano from the age of eight and was soon writing her own songs. After high school she committed to her musical ambitions and studied song writing at the JMC Academy in Brisbane.

While attending JMC Camille would study by day and play as many gigs as possible at night – honing her craft, testing her songs on audiences and finding a community of peers.

It’s also when she wrote the songs on her forthcoming album. “I was writing in the early hours of the morning or late at night. I found that was when inspiration hit me the most. I was inspired by heartbreak of course, love, and also what I was reading at the time and even just looking out the window and people watching.”

Camille sent a demo to Shane Nicholson asking if he’d be interested in producing her album. Nicholson responded enthusiastically and the album was recorded in three weeks during February 2019.

Camille Graduated from JMC with a Bachelor of Music, specialising in songwriting, in April 2019. In July that year her debut single and video Humming Chain was released independently. It reached #6 on the iTunes singer songwriter chart and introduced the world to an extraordinary new talent.

Camille’s new single ‘Little History’ is a light-hearted antidote to troubling times – a song about having a few drinks with your friends and forgetting, for a moment, about everything else. “My dad was always at me to write a drinking song,” says Trail, “so I sat down with a beer to reminisce about  party nights with my friends over the years. This was pre COVID 19 but now I feel like the song is a timely reminder to turn off the news, try to relax and have a little fun.”

The release of Little History, produced by triple ARIA winner Shane Nicholson,  provides a glimpse into Camille’s stylistic range: both previous singles – Humming Chain and Devil’s Drink – have been sultry, swampy blues influenced country with dark lyrical themes while Little History is a good time country shuffle with a ‘let’s have a drink and forget about it all’ message.  Both previous singles made a serious impact at radio with Devil’s Drink peaking at #19 and holding for 14 weeks on The Music Network Country Airplay Chart and peaking at #16 on CMC.

The video for ‘Little History’ was directed by Duncan Toombs from The Filmery. “We wanted it to be laidback and fun and portray what it looks like when I let loose with my friends” says Camille. “I’m naturally kind of goofy so this time around, after the darkness of Humming Chain & Devil’s Drink, I wanted to show another side of me. It’s kind of a snapshot of our own little personal history against a backdrop of the worry and uncertainty of the times.”